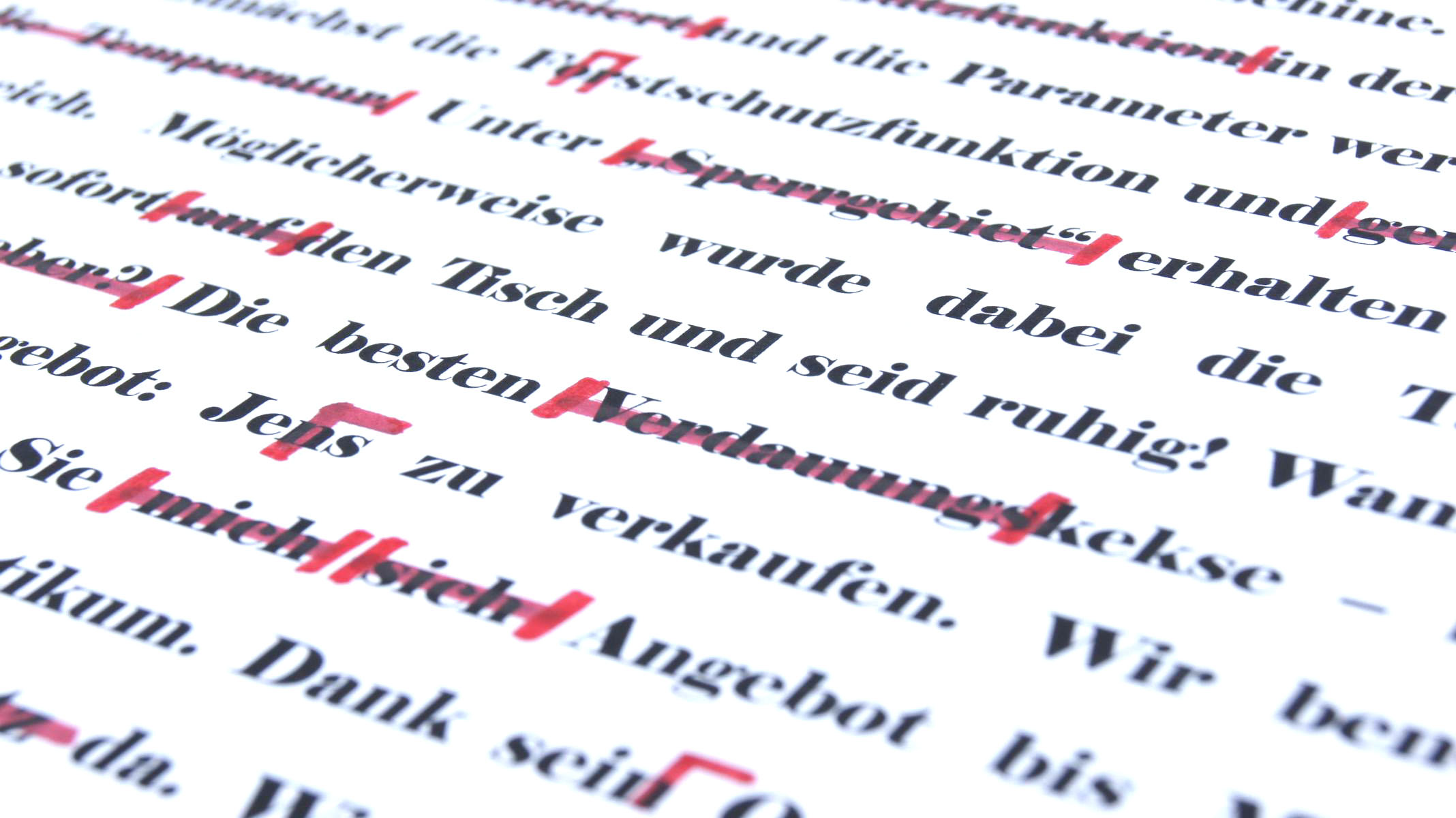 To err is human, but not correcting mistakes can be disastrous. It can mean getting a whole mark lower on (or even failing!) an important assignment, having applications rejected repeatedly or driving away your clients – but that need not be the case. As a native speaker of German, I offer proofreading and editing for all types of German texts, both for native and non-native speakers.

Typos happen easily – and not all of them are picked up by built-in spell checkers. The German name ‘Jens’ does exist after all (though the intention was to sell jeans – not Germans). And ‘Frostschutz’ (German for ‘frost protection’, or antifreeze) is just a typo away from ‘Forstschutz’ – ‘forest protection’. Punctuation is not always straightforward either: when do you need a comma and when can it be left out? Spelling in a foreign language can be a minefield as well. Even Germans sometimes aren’t sure about the proper spelling of ‘Reflexion’ (the ‘x’ is atypical!) or whether a word like ‘voraussichtlich’ is spelled with one ‘r’ or two (it’s hard to tell when it’s spoken!). And does it make sense to say ‘ich erinnere das Meeting’? Just like in English, using a reflexive verb in German can change the meaning of a sentence entirely (for example, cutting yourself with the knife isn’t the same as just cutting with the knife). In German, however, reflexive verbs are much more common, and it can be hard to remember which ones are reflexive: a literal translation of ‘I remember the meeting’ might look like ‘ich erinnere das Meeting’. As a reflexive verb however, ‘erinnern’ (to remember) rarely stands alone. Leaving out the reflexive component can completely change the meaning of the sentence (as in the above example with the knife) or render it nonsensical (you have to teach yourself to play the piano – you can’t just teach to play the piano).

Then there is the difference between ‘wurde’ and ‘würde’ – though they might look like almost the same word, they are used in completely different contexts. The former demarcates the conditional (as in the sentence: I would buy a house if I were rich) and the other marks the passive (as in: I was driven home after I lost my money). And what about German’s labyrinthine list of conjunctions and prepositions, all of which seem to differ from each other in the most minute of ways – can the synonyms ‘obgleich’ and ‘trotz’ be used in the same way?

These are the sorts of issues that are picked up by a proofreader, like myself. As a native speaker of German, I have a very good command of the language’s spelling, grammar, and punctuation, and have a wealth of experience looking for exactly these sorts of errors.

For as individualised as language is, as native speakers, we often don’t realise its subtle limitations: If we talk about laundry being implanted into the washing machine or doctors conspiring with specialists, a text can easily become unintentionally bizarre, amusing or even unsettling. The unintended implications of the wrong collocation can make a text appear unprofessional as well as making it ineffective in addressing the audience. For non-native speakers, it can be especially difficult to tell which words and phrases are generally used together and which expressions are the most idiomatic.

Prepositions are one of the most difficult parts of a language, because they rarely ever translate directly. In English, we hang up the telephone – this used to make sense, but in the world of mobile phones, it has become unclear what this ‘up’ refers to. But what about in German – is it um, auf or ab? And German’s liberal use of prefixes can also trip up non-native speakers. Though they may look very similar, it makes a big difference if I use the verb ausstatten, erstatten or bestatten when I talk about money. In English, we can disapprove of something – but that certainly is not the same as if we preapprove it. Though relatively rare in English, these are quite common in German. It can be difficult to remember the meaning of words that look almost identical apart from a few letters at the beginning – especially when, in English, these words bear no resemblance to one other. Here, though very similar, ‘ausstatten’ means to equip, ‘erstatten’ means to refund and ‘bestatten’ means to bury.  Idioms are where it gets really fun – we all know what it means when we tell someone to ‘bite the bullet’, but a non-native speaker could be forgiven for thinking this was a threat. But in German, should I call someone a ‘glücklicher Pilz’ or an ‘echter Glückspilz’? Both of them translate more or less to ‘a lucky mushroom’. It’s only the second one, however, that carries the same meaning as the English ‘lucky dog’. It is especially important for technical texts to be easy to understand and to have a structure that is easy to follow. But sometimes, the message that a text is hoping to convey gets lost, and any value it might have in a scientific or creative context along with it.

Ensuring appropriate style, comprehensibility, consistency in terminology and a clear structure is the job of the editor. As a copywriter and journalist, I know how to make complex topics interesting and easy to understand as well as how to bring structure and coherence to a text. As I will be reviewing the language – not the content – texts can be medical, technical, promotional or anything in between.

To err is human – err on the side of caution this time, and have your text proofread or edited. For more information, click here (German only):

I can help you improve: 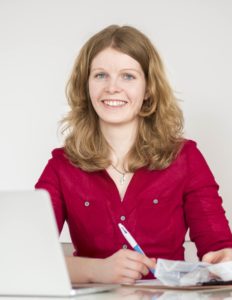 Feel free to call me or write me an email.